In CNAIM, the probability of failure (PoF) is modelled as the first three terms of a Taylor Series expansion of an exponential function.

The definition of a functional failure can be divided into three classes of failure modes:

Then we can call the function as follows:

The only mandetory input variable is age; the rest have defaults, so you can call the function like:

It’s also possible to calculate the future probability of failure for a transformer as follows:

Monte Carlo simulations are able to simulate what happens when all possible inputs are sampled from. The resulting distribution of probabilities is not realistic, since most utilities keep their assets in good condition, but it shows the full range of possible outcomes that the CNAIM PoF model is capable of generating. For 10,000 transformers, we see the following distribution:

The black line is the median probability of failure and reaches 100% at 69 years. This does not mean that 50% of transformers will have failed at 69 years’ old; the average age is much younger because the probabilities must be multiplied together, year-for-year, assuming independent and identically distributed (i.i.d.) variables. Pulling lifetime estimates in the opposite direction is a strong survivor bias in CNAIM, which means that transformers that have survived e.g. the first 25 years will have a much longer lifetime. If the start year is set to 25, the bias is clearly visible: 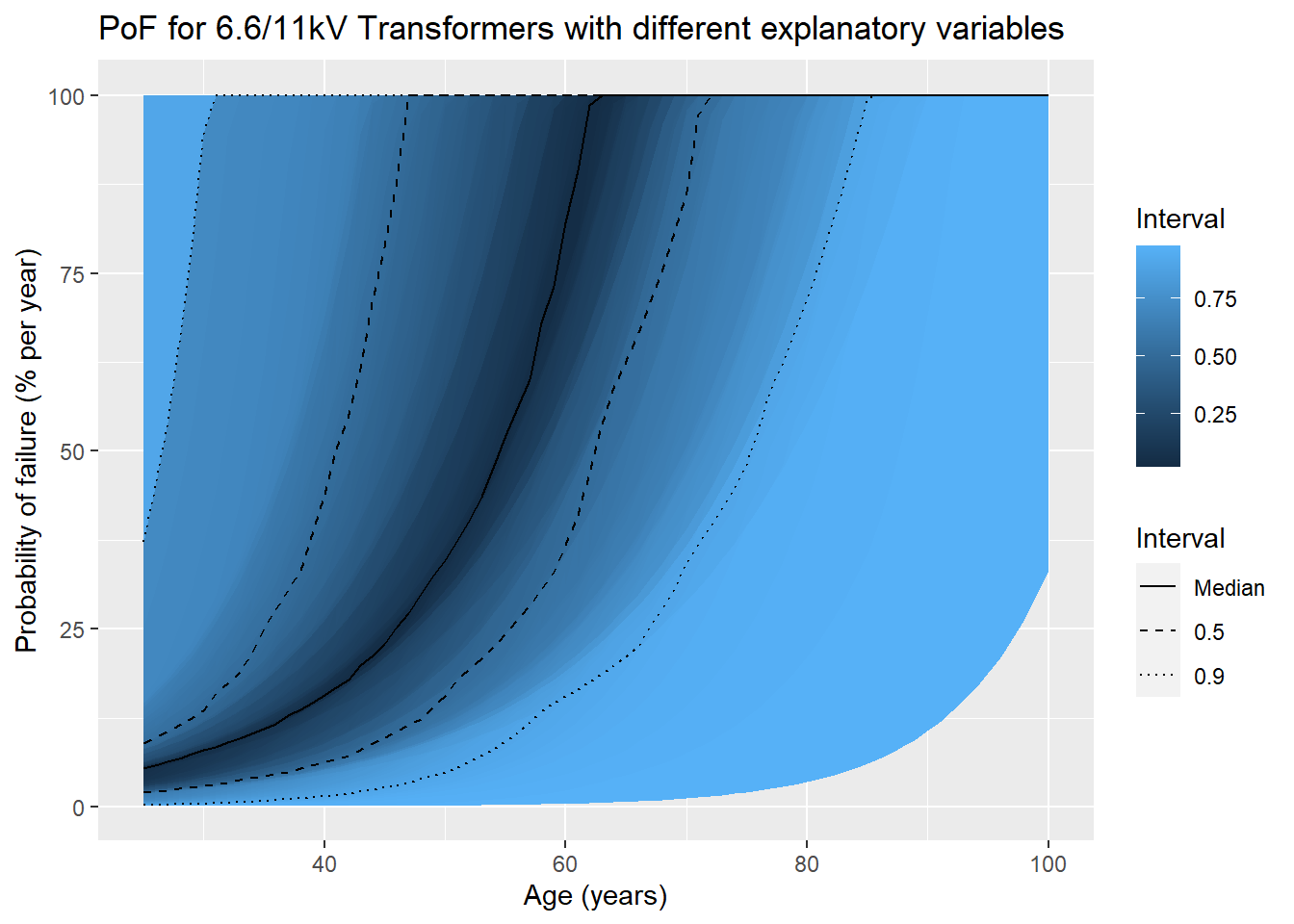